In the aftermath of reading My Organic Life by Nora Pouillon, I've been looking more at the intersection of organic food and wine and taking a closer look at restaurants that are at the leading edge of changing food and agriculture in terms of aspiring to impact policy.

If you have Netflix, don't miss the remarkable new Netflix series Chef's Table (read the New York Times' review here) directed by David Gelb, who created the widely seen (and acclaimed) documentary feature film Jiro Dreams of Sushi.  The series consists of beautifully shot portraits of 6 top chefs around the world, including two in the U.S.

The second episode profiles Dan Barber, the chef of Blue Hill in Manhattan and at Stone Barns, who has been an advocate for a newer food movement, one that moves beyond farm to table (asking if we can really afford to keep on eating such vast quantities of meat, even if it were all grassfed, for instance). 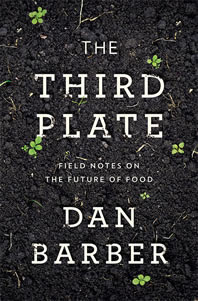 The film doesn't talk about that aspect of his work (read Barber's work The Third Table for those insights), but it does give you a compelling and loving portrait of what Blue Hill is all about - there is emphasis on great farming and how one thing leads to another. 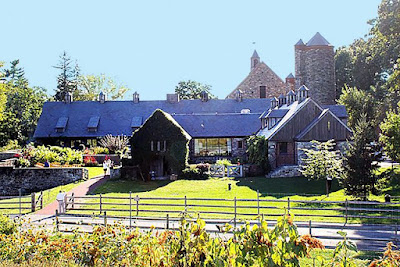 Barber's dedication to haute cuisine is what's on display here and is what has given him the respect from places like the New York Times, which regularly holds its Food for Tomorrow conference each year at Stone Barns, an educational nonprofit, in Pocantico Hills, New York, in the Hudson Valley about 45 min. from NYC. The property is an estate formerly owned by the Rockefellers, and home to one of the Barber families' two Blue Hill restaurants.

While many prominent restaurants must forge close ties to surrounding farms to get the best produce, Blue Hill is unique in that it has its own farm. But Barber goes beyond geography and quality farming, working with growers and breeders to create new, more flavorful varieties.

For more about that, Barber's cooking and the beauty that is Blue Hill, watch this: