Have you ever been curious about organic and Biodynamically grown wines?

Carol Grieve of Food Integrity Now recently interviewed me for her podcast.  Enjoy this 30 min. audio interview with me about organically and Biodynamically grown wines.

The first 12 minutes are available in the inline player here:

Or download or embed the interview with links here.

A handy chart to help you learn more about the various types of wines can be found in the Shades of Green article. Here's a thumbnail of the chart - that covers farming types. (Wine types is a separate subject). 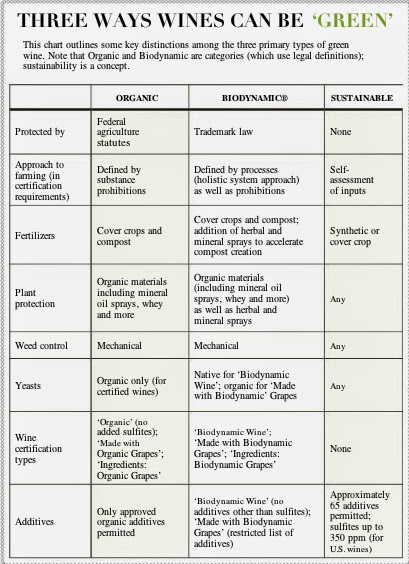 There is one error in the chart above (which I have asked the publisher to remove): there is no bottle labeling for "Ingredients: Biodynamic Grapes."

I will also be publishing a new guide to all of the types of wine certifications in 2015.

Tired of stupid gift suggestions for wine lovers? You can immortalize your favorite vineyard's terroir or the area you visited on a trip to wine country by mapping the location onto a serving tray, lampshade, coaster set, or marble clock. 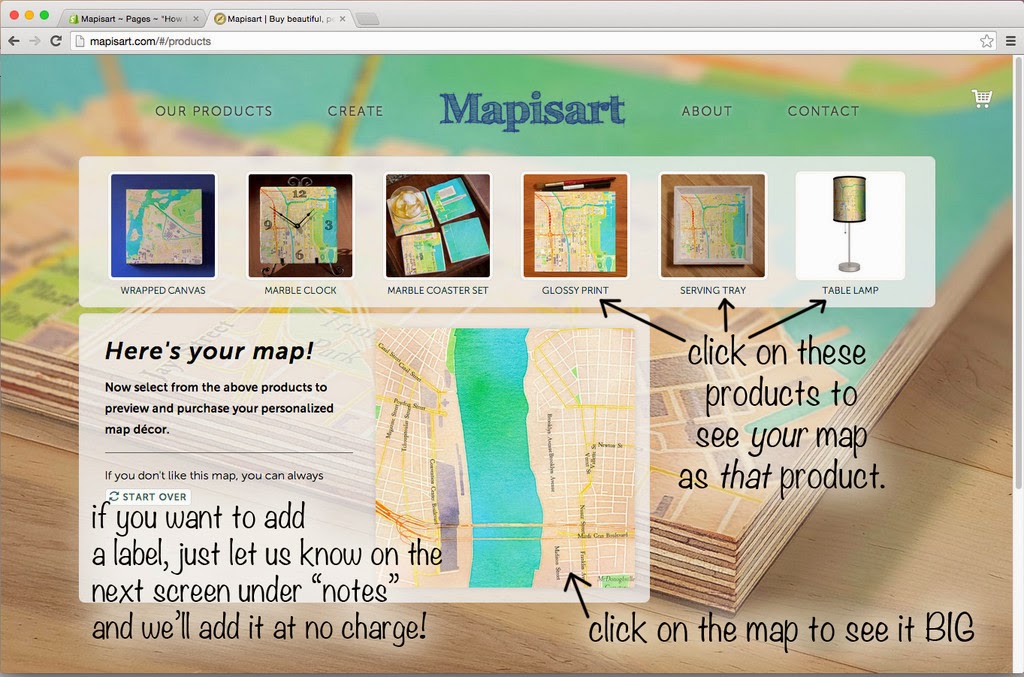 Posted by Pam Strayer at 5:22 PM No comments:

A Tip from Santa: Here's One of the Best Deals of the Year...

Free Streaming Through Dec. 12: Don't Miss the FIlm "Symphony of the Soil"

Ever wondered what terroir really means? If so, bone up on soil science, because that's a major component. My friends Deborah Koons Garcia, Vivian Hillgrove, Nancy Schiesari and others teamed up to make this landmark film which has received rave reviews in The New York Times and elsewhere and has screened around the globe. It makes soil understandable - and will make you sit up and take notice of the way we're currently treating soil, which is the resource we depend upon for food and shelter and life.

"Soil is... the largest pool of organic carbon, which is essential for mitigating and adapting to climate change. In an era of water scarcity, soils are fundamental for its appropriate storage and distribution."

This week, from Dec. 5-12, in honor of the United Nations' designation of 2015 as the International Year of Soils, Deborah has made the film available for anyone to see online for free. The only other way to see the film is to pay $25 for a DVD (which you should do - it makes a great holiday gift or school or library gift).

And be sure to check out the United Nations' site, too.

Here's the film in its entirety (only through Dec. 12):

Posted by Pam Strayer at 9:52 AM No comments:

San Francisco Chronicle's wine writer Jon Bonné's come out with his latest annual list of the Top 100 Wines. It's a list that could not be more opposite of the Wine Spectator's. Look at the Wine Spectator and you'll see the idiosyncratic approach of this powerful industry voice, highlighting mostly international brands and many corporate wineries. This year there was not a single, organically grown U.S. wine on the list.

This year's list omits many of the artisanal greats, but perhaps Bonné likes to mix it up, highlighting different producers each year.

While certified organic vines account for less than 3 percent of the wine grapes grown in California (where 90+ percent of U.S. wine comes from), they represent a disproportionately large percentage of the wines on this list (and many other top wine lists) with 7 out of 100 on the list.

However, don't expect to see the words "organic grapes" on the label. Most of these wines (with rare exceptions) are not bottle labeled. Many are featured in the apps I've written.

The * indicates a wine that is bottle labeled.
The double asterisk ** means the wine is included in one of the apps.

From the Carneros (Sonoma County)…