Is There a Bird Friendly Wine in Your Future?

However, new standards for a potential Bird Friendly vineyard designation are in the research phase, according to NSF Fellow Julie Jedlicka, a U. C. Berkeley postdoc researcher who specializes in understanding bird-vineyard relationships and the benefits some birds can offer wine grape growers.

Jedlicka announced the potential for such a program, appearing in a joint presentation with Tres Sabores vintner Julie Johnson at the Napa Valley Grape Growers' Organic Winegrowing Conference July 29 at Inglenook Winery in St. Helena.

While bird habitat has been drastically and negatively impacted by the conversion of open space to vineyards, a few vineyard owners are doing all they can to create bird-friendly environments, harnessing the power of flying friends to combat predatory bugs and to kill sharpshooters, carriers of the dreaded Pierce's disease.

Who are the feisty foes who fend off sharpshooters? Are they raptors? Or other big, vicious birds? No. They're bluebirds. 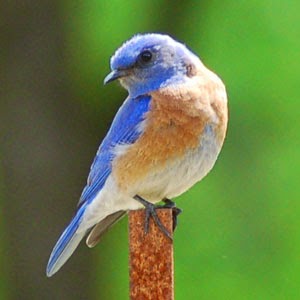 Jedlicka's research helped Spring Mountain Vineyard, located on an 845 acre property in Napa, reduce its blue green sharpshooter population, responsible for the rampant spread of Pierce's Disease, to zero after three years of bird box use.

At Jedlicka's suggestion, Spring Mountain's vineyard manager and his crew installed 700 bluebird boxes in 2007. By 2010, they had no more sharpshooters. The bluebirds had done their job. Or rather - the boxes had. Providing bluebird boxes increases blue bird populations by as much as 1000%. In areas without boxes, the number of sharpshooters can be 3.5 times as great.

In 2011, the Smithsonian Migratory Bird Center helped to create a Bird Friendly Coffee designation. The requirements are that coffee be shade grown (to protect trees) as well as organic.

Jedlicka's exploring the possibility of a new designation, Bird Friendly Wine, and is researching the criteria to include in such a category under her NSF research grant. 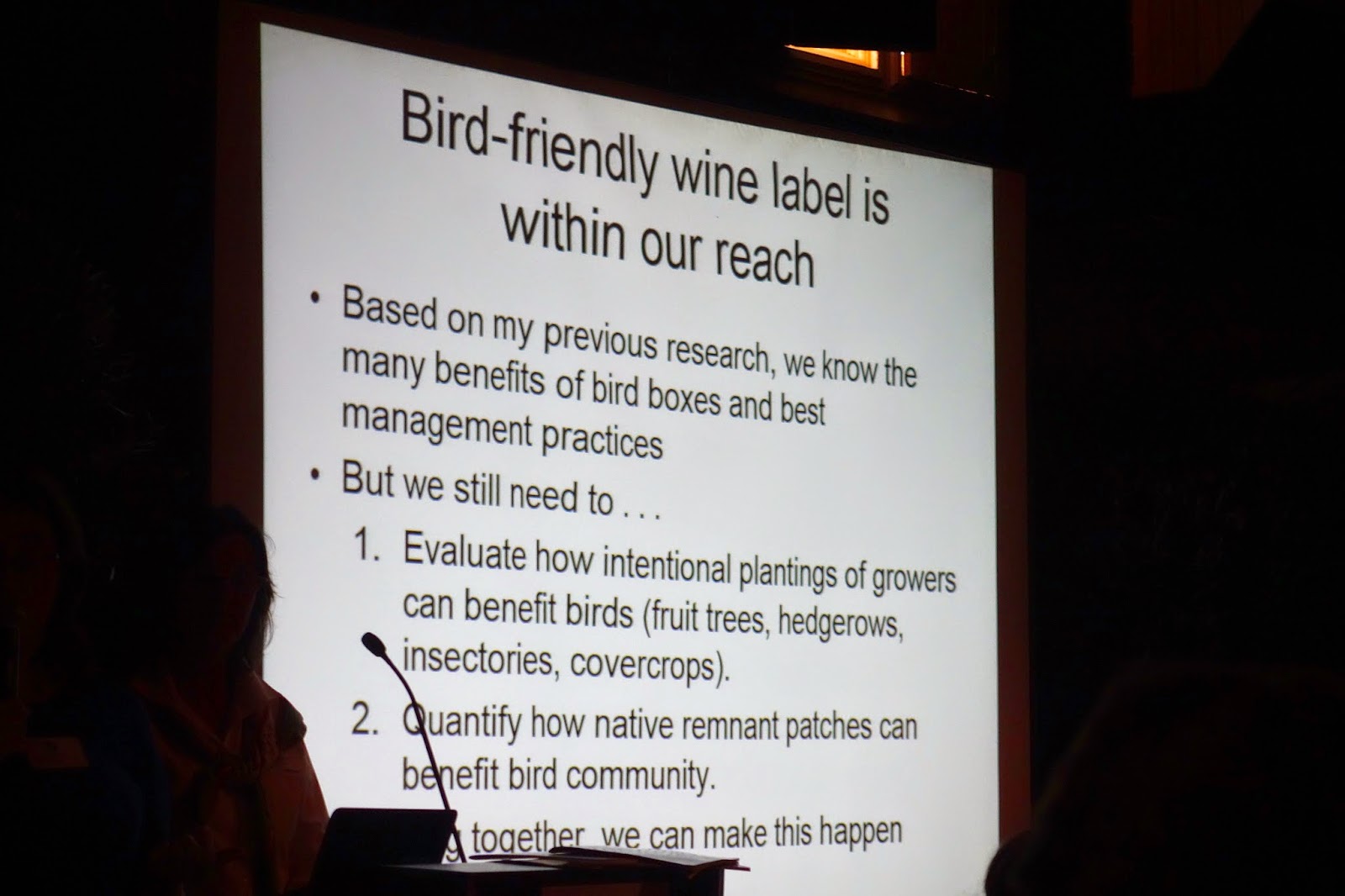 While all birds aren't welcome in vineyards (starlings, blackbirds, robins and house finches are all considered vineyard pests, eating valuable grapes), bluebirds, swallows and owls all have impacts that vineyard owners applaud. They eat insects or sharpshooters - not grapes.

For more about Jedlicka's research, click here.
Posted by Pam Strayer at 4:02 PM