The news this week that Long Meadow Ranch acquired Stony Hill Vineyards was a big story. A family owned operation passing into the hands of family friends, old school Napa buddies finding a way forward to reward all for their efforts. This is what a successful community and businesses can look like.

But the acquisition is also part of a lesser noticed, but much bigger story of the longer term arc at Long Meadow Ranch. That story shows how far a commitment to organic practices coupled with business smarts can go in building, over the years, a business based on "responsible" farming.

In the wine industry, people often say "it's too expensive for me to farm organically," or "consumers don't know the difference between organic and sustainable." A few months ago, an MW candidate friend from Manhattan asked me, in all seriousness, if organic pays. She said it was a question on one of her exams. "It's a hot topic," she said.

Conventional and sustainable growers often repeat their belief there's no money in it, despite the fact that thousands of wineries around the world - and more than a hundred here in California alone - demonstrate that the opposite is true. The UCANR farm support system has published studies that show organic and even Biodynamic grape growing is profitable under current market rates. Real live examples may prove more persuasive.

The story of Long Meadow Ranch - where their motto is "Excellence through Responsible Farming" - shows how rich - both in social as well as economic benefits - the journey can be.

Ted and Laddie Hall and their son Chris already organically farm 160 acres of vineyards on three sites in two counties. But that only begins to describe what they're up to. They're actually building a vertically integrated food and wine system - an organic empire, if you will. They call it "Full Circle Farming."

Here's a brief timeline that shows how it's been built so far.

The family owns and operates numerous Napa enterprises including the 650 acre Long Meadow Ranch estate in the Mayacamas (with 16 acres planted in vines) which was their entry point into the world of Napa estate winemaking. (For many years, Cathy Corison was their winemaker.)

There they also grow 17 acres of olive trees. They built one of the two olive oil mills in Napa; there they mill their own olive oil.

In addition, the family owns and operates Farmstead restaurant in St. Helena, where they feature their organically raised beef and vegetables, and sell their wine in their historic Logan-Ives House tasting room.
In Marin County, the Halls graze their Highland cattle in Point Reyes on an 800 acre property on Tomales Bay. (Happy, grass fed cows!)

The Halls then went on to acquire their second major estate vineyard - a 90 acre property on the valley floor in Rutherford where they now grow 10 acres of vegetables and 79 acres of wine grapes. Here the focus is on Sauvignon Blanc.

They plan to build a new green winery (with a permit to make 100,000 gallons of wine annually) on 30 acres of the Rutherford site. The proposed winery will be run entirely on solar energy, employ tank cleaning systems that use no caustics, and rely on on-site rainwater collection systems, not groundwater resources.

In order to bring Pinot Noir into their LMR wine portfolio, in 2015 the Halls bought acreage in Mendocino and now have by far the largest certified organic estate vineyard in Anderson Valley (69 planted acres) where they grow Chardonnay and Pinot Noir. In 2018, LMR also opened a tasting room in Philo at the Madrones, a pricey hotel that's a tasting room hub for the area's high end Pinot Noir producers. 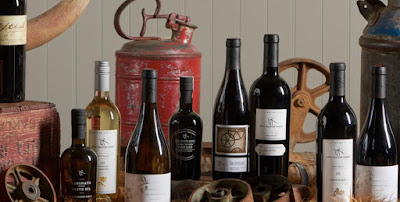 Out of 378 gold medals in the Decanter World Wine Competition, only three were awarded to U.S. producers. Long Meadow Ranch's 2012 E. J. Church Cabernet, a reserve wine, was one of the three.

Case production is 75,000 cases and all of the wine is sourced from certified organic grapes, making Long Meadow Ranch the largest organic producer in Napa Valley. (Grgich Hills is right behind, with 70,000 cases a year, followed by Frog's Leap, with 50,000 cases). 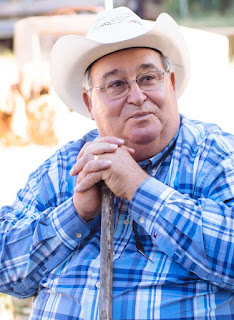 For all of his accomplishments - and his values - in 2017, the Napa Valley Grapegrowers voted Ted Hall grower of the year.

Hall earned his MBA at Stanford and pursued a high level consulting career, working at one of the country's leading firms - McKinsey & Company - until 2000. He's served on a number of corporate boards including Peet's, Dolby and Williams-Sonoma.

From those experiences, he sharpened his business acumen and the vertical integration strategy that underlies the organic empire he's building with his family.

And, along the way, he's contributed to the community via the Land Trust, the local food council,  the local St. Helena school district ag education committee, and the county's advisory committee on ag preservation.


ORGANIC AS A FAMILY VALUE

Ted Hall's mother was a fervent organic gardener in her day, a topic which he talked about at the 2013 Napa Organic Winegrowing Conference.

Here are a few excerpts from his 2013 remarks (from my archives):


"My foundation [in being organic] grew out of being raised on a small farm in western Pennsylvania where my mother was an organic gardening pioneer in the 1940's. My grandfather raised produce and sold it at a small grocery story that he operated. The joke in my family was that my grandfather was never more than 50 yards from a compost pile."

On the Economics of Organic Viticulture


"We farm organically because it results in higher quality at lower cost. It's an economic proposition."

"Organic is a big idea, with a different concept. It's about a system of farming. It's about the performance of a complex system. It results in higher quality and lower cost when appropriately measured."

Like others, Hall often says that organic vineyards are a better investment, because they last at least twice as long as conventionally farmed ones.


"I've appeared in many of these [Napa organic winegrowing] conferences over the years and at the break will hear people say, well I farm organically but it's just a pain in the ass to get certified. That's complete hogwash. If you know enough about what the costs are in your vineyard and if you're managing your vineyard responsibly, you already have all the data and it's in a couple of files in your cabinet and it's not a big deal. And if you're don't know enough about what you're doing and therefore can't complete the certification processes, you probably aren't managing very well."


"There's nothing worse than somebody saying well we farm sustainably or we farm organically - except when the weeds get out of control - and then 'I just use Roundup.' We've all heard that, right - dozens and dozens and dozens of times. We're in a camp with Beth [Beth Novak Milliken of Spottswoode] in that we don't lead with the chin regarding organic. We think it results in higher quality at lower cost."


"What we like is when someone says wow there's an amazing profile in that wine and it's only 13.5% alcohol. We're really enjoying this. How did they do it? That's what we want."