Costco - it's famous for low prices, treating its employees well, and offering a lot of organic products.  (In fact, in 2016, it was the largest retailer of organic products in the world. And it announced plans to make loans to organic farmers in order to boost production.) So should it be a surprise that upon Costco co-founder James Sinegal's retirement in 2011, he and his son David, who ran Costco's wine, beer and spirits departments, should find a Napa property and create a family owned winery? And that the estate vines are organically farmed?

I'm happy to report that this rising star - some call it cult - winery is, in my humble opinion (concurring with many others), a great success. For the Sinegals, it must be quite a change of pace to create something on such a small scale, but their first outing as vintners looks to be a hit.

I visited the winery last week on one of the hottest days of the year and had a wonderful tour and tasting with Beth Cook, director of hospitality (who had formerly worked at Adamvs, an organic and Biodynamic estate on Howell Mountain).

"I would only work for wineries with organic vines," Cook told me.

You don't hear that often in Napa Valley, where in 2015 (the last year for which aggregated statistics are available) growers used more than 53,000 pounds of the carcinogen glyphosate.

The Sinegals' 10 acres of estate vines sit on a 30 acre property in St. Helena, on the valley floor's west side, just under the Mayacamas Mountains that form the western boundary of Napa Valley. It is an idyllic spot.

A BIT OF HISTORY

The first man to plant vines on the property was Alton Williams, who purchased it in 1879 and named it the Inglewood Estate. He built the Victorian house. In 1965 the Jaeger family bought it, selling their wine grapes, and creating lush gardens. The Wolf family purchased it in 1996 and made estate wines.

In 2012, the Sinegal family purchased the property for $17 million. David Sinegal moved his second wife and their two small children to the site, spending another $8 million to renovate the 1881 Victorian.

The Sinegals built a new winery and extensive wine caves on the property, hiring a Napa A-List to get their venture started. 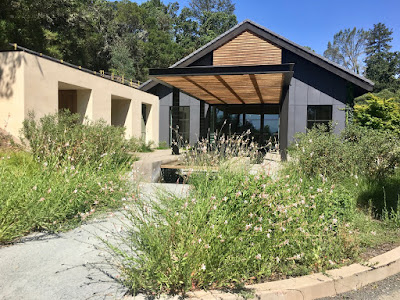 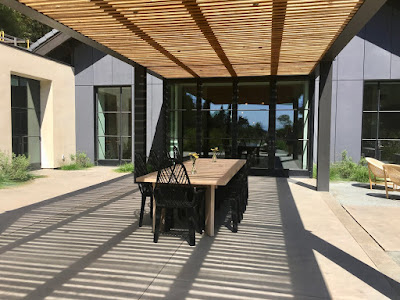 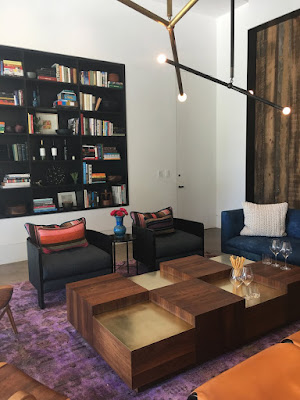 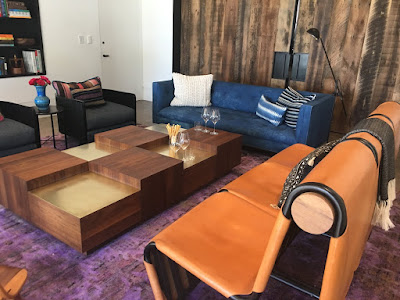 Tours and tastings (which cost $75 per person) begin with a brief walk through the winery, filled with both stainless steel and wooden vessels. 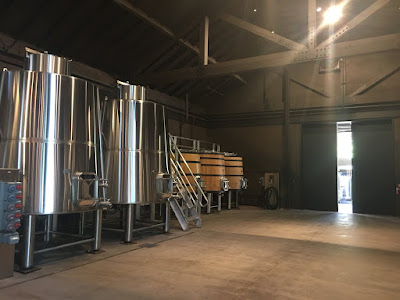 Then it's out to the organic vegetable garden for a short stroll and to visit the goats... 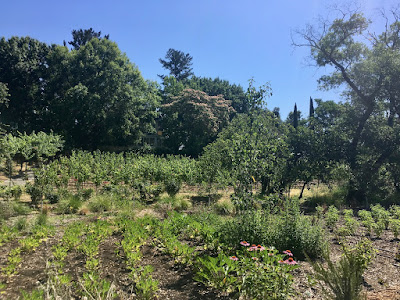 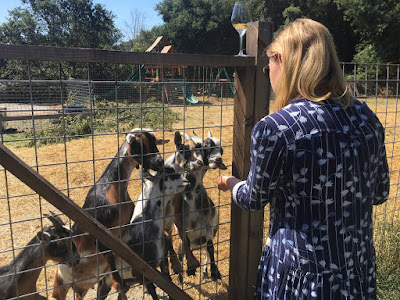 ...before heading up the hillside to view the stunning and serene lake.

Wine country is filled with vineyard reservoirs, but this is an honest to god swimming lake complete with a beautiful bathhouse, veranda, and float. On a hot summer's day, it was most welcome.

Winery visitors and wine club members can sit here a spell and drink their wine, savoring the lush gardens and water views. The setting radiates peace and calm, the perfect backdrop for savoring a sublime glass of wine (like the Sinegal Cabernet).

The tour ends in the tasting room, which is a casual, art-filled room with comfy sofas and spectacular views beyond the garden to distant hills beyond. There's also an outdoor tasting area - perfect for a group - and several outdoor chairs for lounging. 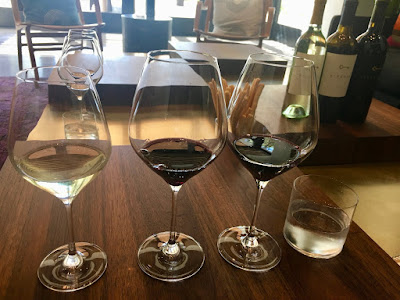 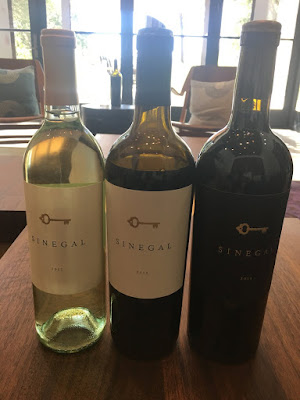 Currently Sinegal Estate makes four estate wines - a Sauvignon Blanc ($45), a Cabernet that is a blend ($90), and a Reserve Cabernet ($195, solely from a best block of 20+ year old vines). It also makes an estate Cabernet Franc, which is currently sold out.

The winery also offers one wine sourced from a Howell Mountain grower.

Critical reception to the wines has been enthusiastic with Robert Parker. Jr. calling the first vintage "super impressive" and scoring the wines 92-97 points.

I was personally also "super impressed" with the Cabernet, which is a "drink now" wine that, pardon the unladylike impression, doesn't suck. In fact, I am very tempted to buy a case of it. (Which I hardly ever say.) It makes up two thirds of the winery's overall production. It's nuanced and layered.

The Reserve Cab (only 300 cases made), on the other hand, is definitely one for laying down. It's far more complex, and deep and way bigger right now. It will take time to reveal its finest qualities. The winery suggests at least seven years of aging; Parker says it can go up to 20+ years.

In county filings and hearings, Sinegal has announced plans to expand production beyond the estate's vines, buying grapes from other growers for future vintages, in order to grow winery output 300 percent over the near term. So if you're interested in its estate wines, now's the time to get in.

While the winery says it support organic practices, as it expands, it will need to take into account how challenging it is to find organically farmed gapes and even more challenging to have the growers' vineyard certified organic. (Frog's Leap has been paying growers incentives for decades to get their vines certified. Long Meadow Ranch claims its using only certified fruit, for all of its wines, but it's hard to know how successful that effort is. Frog's Leap still has one holdout grower who farms organically but won't certify.)

And get there sooner rather than later - ahead of the pack that is sure to follow. You could be sipping Cabernet by the lake...right now really...or at least by tomorrow...

Also in the interim, since 2017, Costco has stopped selling Roundup, which contains glyphosate, the subject of much concern for its carcinogenic impact, primarily on residential users and landscapers (who spray it frequently) in a large number of pending lawsuits.
Posted by Pam Strayer at 12:24 PM