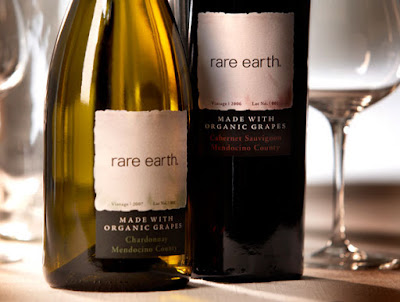 If you ask me, Fred Franzia and his son Joey Franzia are reading the (organic) tea leaves pretty well. While Big Wine has, for the most part, decided organic is not for them, Bonterra and Green Fin have the market to themselves. And Franzia is ready to grow, baby, grow. (When I say Franzia, I am referring to the family that owns Bronco Wine, not the Franzia Winery owned by The Wine Group.)

The latest research increasingly shows that younger wine drinkers are ready, willing and able to buy organically grown wines. At Unified Wine & Grape Symposium earlier this year, Danny Brager of Nielsen presented findings on what wine consumers want and found that 30% were interested in organic wine. Millennials were more interested than older consumers. 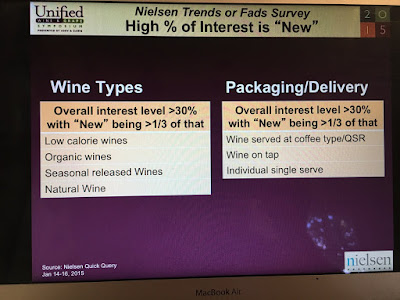 That's similar to studies in Europe that find Millenials are the most interested in drinking wine from organic vines, a change from the older generation. The chart below shows the consumer interest in organically grown wines, from a presentation earlier this year.

Bonterra currently makes 350,000 cases of its wines, widely sold in supermarkets and at Costco.

Bronco's role in this marketplace has not been as prominent or noticeable, probably because most of its wines are sold at Trader Joe's, yet it is quite a significant player in this space.

Its Green Fin brand ($4-5 a bottle) is already selling 140,000 cases a year, through Trader Joe's. Bronco Wine has other organically grown wines in the marketplace, including Cottonwood Creek (5,500 cases a year) and Green Truck (8,000 cases a year from Mendocino growers).

That makes Bronco's case production of wines certified as "Made with Organic Grape" wines already a whopping 185,000 cases a year.

Bonterra enjoyed its best year ever, winning a Hot Brand award this spring for its spectacular 19% annual growth. That comes on top of 15% year over year growth. Its wines are widely available in supermarkets and sell for about $10-15 a bottle. It's also carried in Costco coast to coast.

Bonterra sources its grapes from 900+ acres of its own and buys grapes from growers, that add an additional 900 acres or so to the number of acres it sources from. So it totals about 1,800 acres of organic vines. That's more than ten percent of the country's organic vines.

Often a desire or interest in going organic meets a serious obstacle - the lack of available organic grapes.

Today there are roughly 15,000 acres of certified organic or Biodynamic vines in the U.S. including 11,400 from CCOF, 500+ from Organic Certifiers (Ridge and Tablas Creek and a few others) and 500 from other certifiers. Demeter's Stellar Certification Services accounts for another 3,300 acres.

Franzia has one big advantage in vastly expanding his organically grown wines - he owns 40,000 acres of vines in California, more than anyone else in the U.S. So the Franzia family doesn't have to go around convincing conventional growers to go organic and wait three years. They can just act - and voila. French plows replace glyphosate and Roundup. 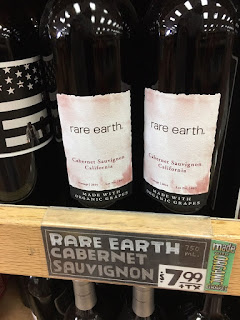 That's what's happening right now, according to Franzia. The family says 5,000 acres of their Madera County vineyards will be certified in 2017, meaning they could ramp up production to as much as 400,000 cases of organically grown wines in 2017 - which would more than double their current high volume production.

That's quite an accomplishment.

Growing the organic vineyard acreage in the U.S. from 15,000 to 20,000 represents an increase of 33% - an entirely new direction, since U.S. organic vineyard numbers have been declining in recent years, even as the rest of the world's grows.

For now, you can try the two Rare Earth wines already on Trader Joe's shelves. And raise a glass to the next 5,000 acres. That is truly something to celebrate.
Posted by Pam Strayer at 5:09 PM