IN PHOTOS: 2016 #AlsaceFest: Organic Producers at the Grand Tasting 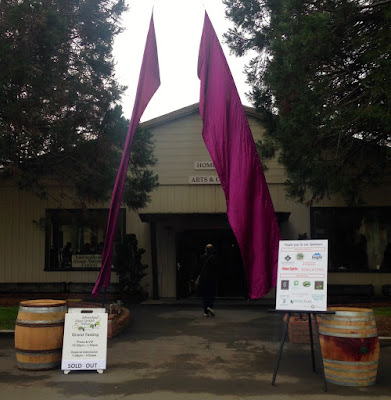 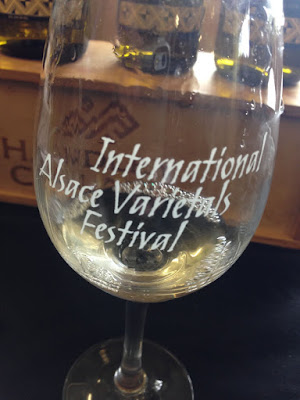 Yesterday's Grand Tasting of Alsatian Wines held a few surprises for me - I hadn't remembered the breadth of producers of these wines before, since I'd never seen them in the same room together. Oregonians pay a great deal of attention to Pinot Gris, but not much to other Alsatian whites, and here in California, red wines get pretty much of the glory.

So it was great to see all these producers in one room. 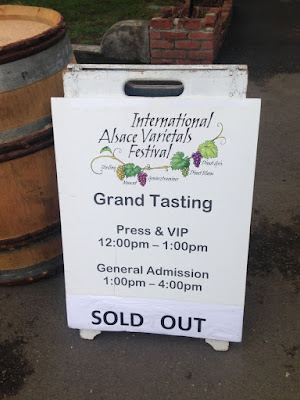 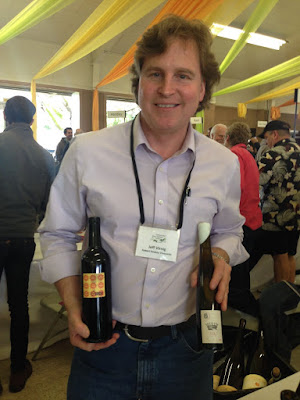 I put Robert Sinskey Vineyards first on this list because I think it grows far more Alsatian vines - 30 acres - than any of the other California organic exhibitors at the grand tasting.

Its vineyards are in the southernmost reaches of Napa and Sonoma - in the Carneros. Longtime winemaker Jeff Virnig poured RSV's extensive line of Alsatian whites.

That list includes Muscat Blanc, Pinot Blanc, Pinot Gris, and a blend of Alsatian whites called Abraxas, which changing in composition each year. In addition, more adventurously, RSV has recently started to make a skin contact Pinot Gris, Orgia, which I liked quite a lot.

In the sweet wine department, there are several offerings - a late harvest Pinot Gris and a relatively new (to me) I.Q. (short for Ice Queen), which was made in 2011 from frozen grapes. Both were winners.

Handley, in its estate wines or in other wines, has long been a beloved producer in Mendocino's Anderson Valley. It has also, for many years, been the only winery with an organic estate.

While most of its 29 acres of organic estate vines are planted to Pinot Noir and Chardonnay, it sets aside 3 acres for its Gewürztraminer, which is currently the only organically grown Alsatian it makes. 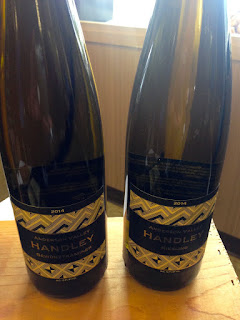 Long Meadow Ranch poured 2015 inaugural releases of their new Anderson Valley wines, made by Stephane Vivier. Owned by the Hall family in Napa, this newly organic vineyard (on target for final certification in 2017) more than doubles Anderson Valley's organic output from 46 acres to 116. It's nice to see the organic community here grow. For more see here.

At the event Long Meadow Ranch  poured its inaugural releases from Anderson Valley - a 2015 rosé of Pinot Noir ($25) which was everything a rosé should be - lovely, crisp and light - and a new 2015 Pinot Gris (which hadn't been officially bottled yet). 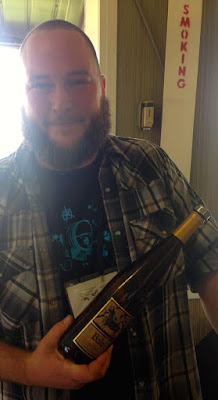 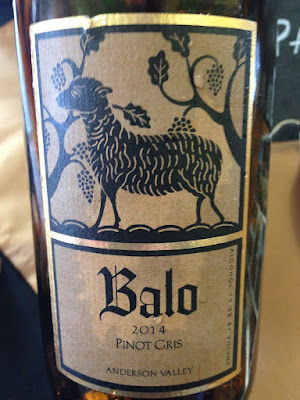 Alex Crangle of Balo Vineyards makes one Pinot Gris made from Filigreen Farm in Anderson Valley, the only Biodynamic vineyard in the region.

Filigreen Farm is managed by Australian born Chris Tebbutt and his family. This integrated farm grows a variety of crops and sells Biodynamic olive oil and more. Its grapes are highly coveted.

In addition, Tebbutt is one of the leading authorities on the aquatic fern Azolla, which shows a great deal of potential in combatting climate change. (For more on that, you can see his video on from the 2015 California Climate & Agriculture Summit here.)

(The wine, though sourced solely from Filigreen, is not labeled a single vineyard designate.)

I had to return home after the Grand Tasting instead of lingering longer in Boonville, so I missed a chance to see Balo more in-depth, I hope to visit in May when the Pinot Noir festival offers another opportunity to take a closer look.

• Panthea: Up and Coming 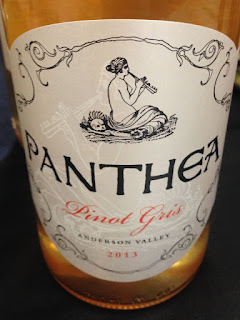 Touting its recent spate of three gold and two silver medals from the 2015 SF Chronicle Wine Competition, Philo-based Panthea looks to be a rising star in the close knit winemaking community in Anderson Valley. One sip of its 2013 Filigreen sourced Pinot Gris (again, no vineyard designated on the bottle) was enough to make me pay attention. I have too much wine, I cannot buy any more wine, and yet, this is a wine I think I might have to get. I was so distracted I forgot to take a picture of the winemaker  Kelly Boss at the event.

I look forward to trying Panthea's Filigreen Pinot Noir in May at the Pinot Noir Festival.

Listening to the speakers at the 2016 #AlsaceFest it was easy to forget how important Alsatian varietals are to Italian producers. Luckily Barra of Mendocino was there to remind us, purely by example. 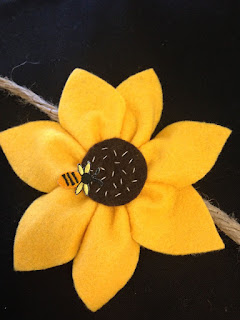 A leader in Oregon's Riesling Renaissance, Brooks Wine is also a regional pioneer in Biodynamic farming and winemaking, going back to the earliest days of the winery. For many, its founder Jimi Brooks (deceased) was synonymous with a love of Biodynamic farming and it's to his credit that so many Oregon wineries followed in these footsteps (Maysara is among them).

But Brooks was more in love with Riesling and an equally big part of his legacy is that the winery makes three estate Riesling (and a very fine estate grown Pinot Gris). Today  the estate wines are made in the Biodynamic Wine standard, a high bar (i.e. vinified on native yeasts and made without additives except for sulfites).

Brooks built a spectacular new tasting room and winery in which opened in 2015 and has been getting more serious attention since then. If you're planning a trip to the Willamette Valley, don't leave Riesling out of the equation. It was the grape Oregon loved most before Pinot Noir came along and Brooks has been an important player in preserving its old vines as well as popularizing a wide variety of its Riesling styles in the U.S.

Burgundy born winemaker Nicholas Quillé of Pacific has been with the Washington winery from the start, when it was the brainchild of Bonny Doon proprietor Randall Grahm. (Grahm later sold it to its current owner Banfi Wines). Quillé's dedicated the last decade of his life to Riesling in its many different styles and has overseen the winery's remarkable dedication to organic farming.

Today Pacific Rim grows 40 percent of its grapes organically but makes only two of its wines solely from its organic vines.

Its organically grown Riesling is subtly sweet. It's fermented on native yeasts alone, even though this level of certification does not require it. I am always interested in wines to pair with salads; Quillé recommends this Riesling for its ability to pair with salad or vegetables.

I've also enjoyed its version of an ice wine, Vin de Glaciere (French for "wine from the icebox"), which is an excellent dessert wine (with cheese especially) or, as Quillé suggests, this wine can just be the dessert.
Posted by Pam Strayer at 3:37 PM