The Napa Valley Wine Library presented its 25th wine seminar Saturday, May 9, with a rich assortment of wines and winemakers, all in attendance to embody the theme, "Winemaking in Two Worlds: Napa Valley and France-Burgundy and Bordeaux."

The seminar covered the complex, interweaving of Napa-California connections, including a reminder of the time when California was not just the New World aspirer, but also the French frontier, with the big French houses running for pieces of the New World land grab.

The morning event (tickets were $160-175, including lunch afterwards at Raymond Vineyards) took place at the CIA in St. Helena, moderated by Master Sommelier Gilles de Chambure, who contributed intelligent insights between speakers on many nuances of the Napa-France connection.

Participants were served a series of 12 wines that showed just how far the formerly fledgling Napa had come over the last 50 years. Grand-pere Robert Mondavi would have been very, very proud.

Dawnine Dyer, the former winemaker for Domaine Chandon, spoke to the Napa-Champagne connection. When Moet-Chandon first came to Napa, she reminded the audience, Moet had 900 acres in France.

With land then selling for $400 an acre in Carneros, the French winery quickly snapped up 600 acres, increasing its overall holdings 60 percent in one fell swoop. Over the next 20 years, Domaine Chandon grew to make 400,000 cases a year.

Though the Carneros soils were shallow clay soils, not limestone like those in Champagne, Dyer said the cooling maritime influences in the Carneros offset some of the differences in soil types. Blending made up for some of the variations as well.

De Chambure gave credit to the Americans who helped France's wine industry to grow here in the U.S., citing the early contributions by Frank Schoonmaker who helped French wine growers to bottle their own wines, and Alex Lichine, who imported fine French wines to the U.S.

De Chambure credited Kermit Lynch Wine Merchant with carrying the import tradition to new heights. "You can buy Burgundies here in the Bay Area that you cannot get in France," he said.

Other connections between the two regions he mentioned were the facts, among others, that the Colgins, owners of a Napa cult wine winery, also have a winery in France, and that Hospice de Beaune served as the model for the Napa Valley Wine Auction.

Introducing himself, wine proprietor Jean-Charles Boisset joked that he was born in a wine barrel, tasting wine at the age of 3 and making wine by the age of 11. It was at that age that he made a fateful journey with his grandparents to visit the historic Sonoma winery he now owns - Buena Vista, originally built in the 1860's. He has restored the winery over the last few years to its original pristine condition and, on May 30, will open a new wine tool museum on the site.

Jean-Charles' grandparents, who traveled with him to Sonoma, were schoolteachers, not wine scions. Jean-Charles' father, Jean-Claude Boisset, achieved tremendous success in the wine industry in just one generation.

Since he married Gina Gallo in 2009 and moved to Napa, Boisset has taken a dynamic role in positioning his Raymond and DeLoach winery brands as organic and biodynamic, certifying 90 acres in Napa and 17 (of his 400) acres in Sonoma surrounding the Russian River Valley tasting room. (About 500+ cases of estate wines are currently produced from the Biodynamic vines at DeLoach.)

Boisset constructed an impressive, educational "Theater of Nature" display in Napa where visitors can learn about conventional, organic and biodynamic farming side by side. At the wine seminar, Boisset announced that he has hundreds more acres in Napa's Jamieson Canyon that are in transition to organic certification. (More details were not available.)

At the tasting, Boisset focused on his family's most treasured Burgundian vineyards and his recent experiments in making Pinot Noir blended from Burgundy and Sonoma. 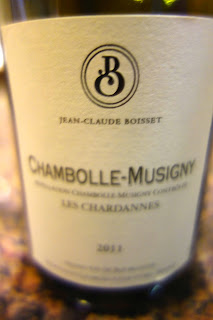 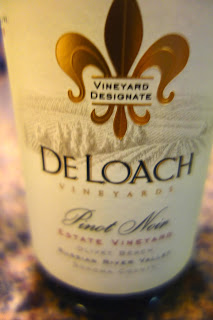 Moving on to Bordeaux's right bank. Aaron Pott of Pott Wines regaled the audience with his self deprecating brand of humor, sharing his Cinderella story of rising from a humble entry level position at Newton Vineyard in Napa to his transformative friendship and connection with the acclaimed French wine consultant Michel Rolland, who recommended him for the role of winemaker at Chateau Tripling-Mondot, a premier grand cru winery in Saint-Emilion, where he was hired. He later went on to make the wines at Chateau La Tour Figeac, a grand cru winery in the same region.

"For me, personally, ripeness was the main difference between France and Napa," he said. "In France, you were never waiting for the perfect ripeness to pick. You were always forced to pick by the rain."

He also said the Right Bank work force was "unmotivated. In the U.S. people are pretty passionate about wine and it's easy to find interns." There, he said, "most of the employees were Moroccans, Algerians - they didn't even drink wine."

He said it was sometimes trying to stand up to French stereotypes of America."Being an American in France was complicated. I heard a lot of jokes about McDonald's," he said. Later on, another participant reported that France is now the country with the second highest number of McDonald's.

Pott went on to work in the U.S. at Beringer and as the winemaker at Quintessa before starting his own label.

Opus One winemaker Michael Silacci rounded out the program, describing his meteoric rise from Gilroy to Opus One, with stops in U.C. Davis, Bordeaux, and Oregon's King Estate (where he was fired after a year on the job).

He paid his Napa dues in the service of Stag's Leap Wine Cellars working under Warren Winiarski, before making his first vintage at Opus One in 2001.

Opus One is the famous and historic collaboration started by Robert Mondavi and the Baron Philippe de Rothschild of Chateau Mouton Rothschild, a Bordeaux First Growth, in 1982.

"Warren (Winiarski) taught me more than anyone else possible could about place," he said.

Enhancing the sense of place in his wines at Opus One today, Silacci has a Biodynamic consultant on staff, though the winery's vineyards are not certified.

The winemaker and consultant Philippe Melka was originally included in the program, but had to cancel to attend a friend's wedding.

Following the seminar lunch was served in the Grove at Raymond Vineyards. Boisset's chef is Michael Cornu, who was the chef at Auberge du Soleil for nearly 20 years. Today he's happy to make meals sourced mostly from Napa. The lunch featured a perfectly prepared organic chicken, followed by a beautiful assortment of cheeses as the last course.

The luncheon guests seated at my table included four students from U.C. Davis, part of a larger group of students the organizers invited to attend. Two were from China, one from Connecticut and the fourth, who was avidly studying organic and biodynamic viticulture, was from Sebastopol.

Silacci joined our table and talked with students about their summer internship plans. One woman from Hong Kong was headed to work in Gallo's Fresno lab while the other, from Chengdu, in the west of China, had plans to intern at a small Pinot Noir winery in Healdsburg. The Connecticut student was going to work at Cade (on Howell Mountain in Napa).

One can imagine, in 30 years time, that these Chinese students might one day host a wine seminar in China, inviting their Napa counterparts to join them in reminiscing about their time abroad - where they learned so much about winemaking in Napa Valley.