Mendocino Producer Charlie Barra Dies, Age 92, After 73 Harvests; Organic Since 1945, Fought for Growers, Created One of the First AVAs 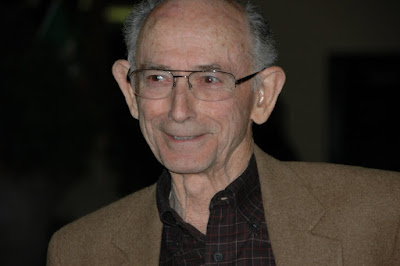 The legendary Charlie Barra of Redwood Valley and Calpella died this weekend. He was 92.

Born to an Italian immigrant family from Cuneo (in the Piemonte region) in Calpella in 1926, his family grew grapes. His grandfather Guiseppe Rovera came to San Francisco in 1900 when Charlie's mother was three. After the devastating 1906 earthquake, the family moved to Calpella, where many Italians lived. His father bought land for $5 an acre and planted grapes.

There Antonio Barra, also from Cuneo, met and married Marie Rovera. When Charlies was born, he was part of the third generation. He started working in the vines when he was 10, getting paid 15 cents an hour.

In high school, he was student body president and basketball team captain. Barra leased his first vineyards while still in high school, and, as legend has it, he made three times what the high school principal made from selling his grapes. The principal made $3,300. Barra convinced the principal to let him come to school in the mornings and work in the vines in the afternoons. In one season, he made $10,000 on his grapes--and got his diploma.

He was organic from the start, saying that when the pesticide salesmen came calling, his family would say, "Why would you even spend the money?"

He started out selling grapes to Italian Swiss Colony down the road. But their wines sold for 59 cents a bottle. He saw that varietal winemakers were commanding almost twice the price for their wines so he started planting varietals they might want to buy. His bet paid off. 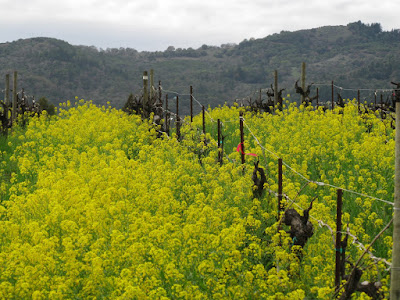 By 1955 he'd bought his first 175 acres of vineyards in Redwood Valley, east of Hopland (where the temperatures are more moderate than in Ukiah and Calpella) and grew a variety of grapes.

He sold to the best of them--Mondavi, Wente and others--but soon realized that growers were getting the short end of the stick. He organized the growers into the California North Coast Grape Growers Association to fight for better contracts and they got them.

The group got the California North Coast AVA approved, and raised the requirements on varietal bottle labeling to 75%. Before that, wineries could call a wine a Cabernet if it had 51% Cab in it.

In 1960, he made what was perhaps his greatest contribution to the California wine industry--the idea of spraying vines with water to protect them against frost. He got the idea, he said once when I heard him speak in Ukiah, while he was in the bathroom reading a National Geographic article about Israeli farmers who protected vegetables this way. Wine history was made. Today the technique is used all over the U.S. to protect vines from threatening frosts. replacing the older method of bringing fossil fuel guzzling, propane heaters into the vineyards.

As time progressed, many large growers launched their own brands, the route Barra decided to go after yet another downturn in the grape market. He and his second wife Martha went a giant step further than most, however, buying a large production facility, Redwood Valley Cellars, in 1996, which they use for their own wines and as a custom crush facility.

In 1997, the couple launched their own brand. Their first wine was a Petite Sirah. Twenty two year later, their 2016 Petite Sirah got a 90 point rating from Wine & Spirits.

The brand is also known for its Cabernet vines which date back to 1955.

Charlie's favorite, however, was his Sangiovese.

In 2011 Slow Food honored Charlie with a banquet at the elite Masa, attended by Slow Food founder Carlo Petrini and then San Francisco Slow Food leader Lorenzo Scarpone, that was a fundraiser for the Slow Food's youth education programs. Barra's wines were served with all the courses and Charlie was honored in speeches.

On the Barra winery website, Charlie's favorite line is said to be, "Don't ever take no for an answer."

Clearly, he lived by those words.

Martha Barra has posted a page about Charlie here. A memorial service is planned for July 24 in Ukiah.
Posted by Pam Strayer at 9:16 AM