Must See Ag Films with Heart: "Seed: The Untold Story" and "Circle of Poison" 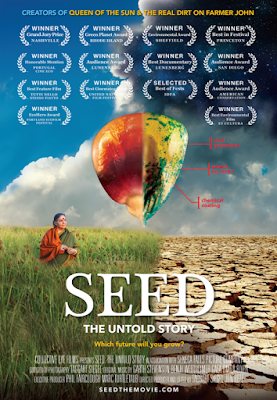 Yesterday, it was cold and rainy here in the Bay Area, a good day to go to the movies. But it was purely by chance that something popped up in my Facebook feed about a screening of Seed: The Untold Story at The Lark in Larkspur.

Also playing after the screening was another film of interest to eco-loving filmies - Circle of Poison (which I'll devote a second post to).

It was a fabulous, impromptu way to spend the afternoon.

Seed: The Untold Story is about the bleak situation of the loss of biodiversity - 94 percent of vegetable varieties are now gone. As Gary Paul Nabhan says, seeds are as endangered as polar bears right now. But this hopeful - and fun - film is full of inspiring native Americans, old hippies and young farmers, and a crazy ass pair of botanical explorer brothers, the Simcoxes, who travel far and wide to find sought after seeds in their effort to save species from extinction. As so many in the film embody, seed saving is an adventure that mere mortals - without college degrees or big USDA funding - can do as a gesture of hope and love. 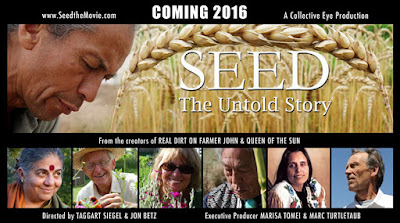 Seed activist Vandana Shiva (who I greatly admire) makes an appearance, but for those who may cringe about watching another ponderous sermon from our Indian goddess of the seed saving movement, have no fear. Her humanity - and that of her amazing followers - makes for engaging cinema in this film. 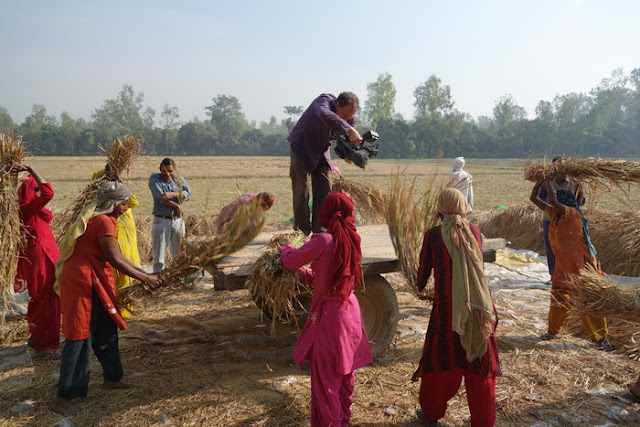 The film was directed by Taggart Siegel (he also made The Real Dirt on Farmer John in 2006) and Jon Betz; the two also made Queen of the Sun, a great film about honey and bees, in 2010. It played in theaters and was a hit on the festival circuit.

Afterwards I looked up the reviews for Seed: The Untold Story. The Village Voice wrote, "A rare documentary from filmmakers who are not just capable, but also in love with their craft... a wonder."

The Hollywood Reporter said: "An eco-doc centered on the glories of diversity in the world's population of edible plants...contains just enough gourmet touches to draw foodies into the audience alongside the usual environmentalist crowd."

It's not that easy to see the film, however (I guess Netflix finds it easier to pick up wine fraud films than compelling ecodocs) so I recommend that you vote with some presale ticket dollars and go to the film's web site to help fund a screening Jan. 4. at 7:30 pm at the California Theater (just off Shattuck Ave - and very close to BART). Tickets are being sold via the new niche doc film site Gathr to "tip" this screening up to the minimum needed (100 people minimum; it's currently in need of 30+ ticket sales to reach the tipping point). Tickets are $11. Might make a nice present for someone on your Christmas list.
Posted by Pam Strayer at 10:43 AM