Vineyard owners in the Gironde district of Bordeaux face new restrictions on pesticide spraying, due to local protestors' concerns about children's health risks in the region.

While the prefecture voted in 2014 to protect schools from spraying at certain times, this week the region voted to expand the list of protected sites to include other places were children play or live, including day care, nurseries, playgrounds and health facilities, according to La France Agricole and the French TV as well as other French news sources.

Gironde growers will be encouraged to install protective vegetation, such as hedges, and employ anti-drift measures, during spraying. The government-recommended steps include maintaining a distance of 50 meter from sites, unless using specialized spray equipment, in which case the distance can be reduced to 20 or 5 meters from the site).

The government took these steps after public hearings were held, which were attended by parents and local growers and winemakers. 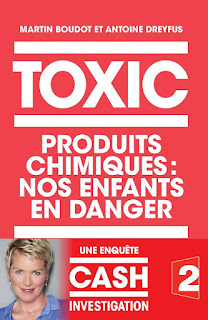 In the past year, the region has become a lightning rod for anti-pesticide activists who have become alarmed over children's health risks from vineyard pesticides, which was sparked in part by a 2014 incident at the school in Villeneuve-de-Blaye when vineyards sprayed fungicides during a windy day, sending 23 children to the hospital. One of those spraying was the town's mayor.

The local families' rising concern and fight to protect their children was documented in the French TV expose on pesticides that aired in February across France.

(I posted about the show in Feb.)

Quoted in Rue 89 Bordeaux, the pesticide activists say the new measures fail to address the dangers of pesticide sprays, saying that a hedge cannot protect against the chemicals sprayed in vineyards.

A vineyard worker is quoted as saying, "The Prefect does not takes its responsibilities seriously...making dialogue impossible."

The story hasn't made the wine press yet, but was featured in The Times of London (subscription required).

Gironde is the largest wine region in France.

The response from Bordeaux's leading wine association CIVB was swift, with CIVB leadership saying it the industry has a duty to be exemplary, and must sharply cut back on or even eliminate the use of pesticides. Speaking on behalf of CIVB, Bernard Farges said the goal will not be met in the short term, but that growers should begin by being careful in areas near residences.

Though the Gironde vineyards comprise only 3 percent of agricultural land in France, they use 20 percent of the pesticides applied in the country.

This local TV news report presents many of the residents and growers involved in the conflict.