A leading specialist on American wines from organic and biodynamic vineyards, Pam Strayer is the author and publisher of 7 apps as well as forthcoming new web sites and books for the wine industry and consumers. She also consults to organic and biodynamic producers and organizations on marketing, strategy and communications.

She will be launching 4 new websites in the fall of 2019 on organically grown wines from top U.S. regions along with a new newsletter.

Along with Deborah Parker Wong, she is currently one of two Senior Editors for the Slow Wine Guide 2020, working with Jeremy Parzen, which will feature 200+ wineries from California. She reviewed 60 wineries in northern California, adding about 30 new wineries to the guide. The English and Italian versions will be published in the spring of 2020. A nationwide tasting also takes place with wineries featured in the guide visiting five U.S. cities.

A veteran of Silicon Valley for more than 25 years, Pam has also started writing about IT topics for Wine Business Monthly. The August 2019 issue features her lengthy coverage of POS systems in the article From Cash Register to Competitive Advantage: the POS as MVP.

In 2018, Pam organized a major webinar for Women of the Vine & Spirits on the organic and Biodynamic sector of the wine industry (open to WOTVS members as well as the public) and wrote an article for Beverage Media called "Green Wine: Where Are We Now."

Pam served as the Conference Program Director for the first International Biodynamic Wine Conference, held in San Francisco's Presidio Park on May 6-7, 2018. The historic event brought together hundreds of participants (winemakers, vineyard managers, scientists, sommeliers, and others) in the world's largest gathering of Biodynamic wine professionals.

She also wrote the program guide for the Grand Tasting, featuring 47 wineries and more than 130 wines. (Bob Johnson contributed the lovely illustrations). 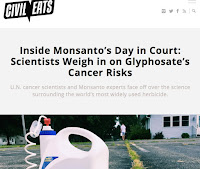 In March, Pam wrote an article about the glyphosate cases currently pending in federal and state courts which was published in Civil Eats and then picked up by PRI (which made it one of the most popular articles online on these cases).

She was also an invited speaker in Napa and Sonoma at the request of local environmentalists. She helps communities understand the pesticides being used on vineyards in their areas, showing them how to understand and use public information data and maps to see what's being used near schools and their homes.

Pam earned a certificate in wine studies at U. C. Berkeley, She has also studied and taken classes at U.C. Davis and with the North American Sommelier Association.

She has also produced dozens of films for Apple, PBS, Turner, and others and created major, pioineering interactive projects for Apple and Intel. Other clients include Jerry Garcia, the Dalai Lama, and the office of the UN Sec. General.

A health journalist in the 1990's, Pam was the editor in chief of Healthcentral.com, DNA.com and DNADirect.com as well as editor and site producer for dozens of other clients including the California Medical Association and Time Warner Cable's interactive television channel on health. More recently, in 2017 she worked on online projects for the Stanford School of Medicine and the Stanford Cancer Institute.

Pam has worked closely with leading epidemiologists, health behavior change experts, and a wide array of genetics researchers from Harvard, Stanford, and Johns Hopkins with whom she launched WebMD's two channels on genetics (one for consumers and one for physicians).

A communicator who put health risks into perspective on many fronts, she became aware of the impacts to human, plant and animal health from conventional and "sustainable" vineyard farming practices.

In response, she decided to try a wine drinking experiment that would explore what "sacrifices" might be involved in drinking wine only from certified vines. She found more than 1,300 in the U.S. alone with a higher than average proportion of America's finest wines represented. (But she also drinks outside that box). 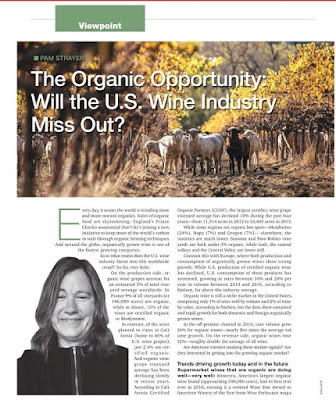 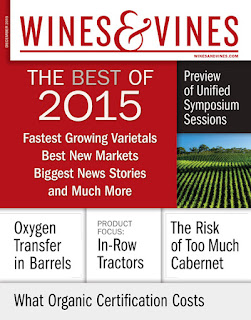 As a wine writer, Pam was a two time attendee of the Wine Writers Symposium in Napa and has written for Beverage Media Group, a wine merchant publication, and Wines & Vines, a leading magazine for the wine industry, as well as for Wine Enthusiast, reaching a wide consumer audience.

Pam has also moderated events for Demeter USA for both the general public and industry audiences in California and Oregon.

She dreams of a day when no one will have to ask, "Is this wine organic? (or Biodynamic?)" - i.e. organically grown (which is how the world was until about 1920).

To get in touch, email her here.